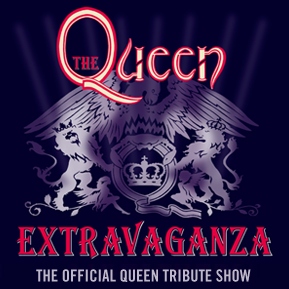 Press Release: PRODUCED BY ROGER TAYLOR AND BRIAN MAY, FINALLY IN BRAZIL THE QUEEN EXTRAVAGANZA

After the resounding success of its recent world tour, the Queen Extravaganza finally arrives in Brazil, a spectacular show created by Queen’s bandmates and original members - iconic drummer Roger Taylor and legendary guitarist Brian May - to bring the glorious music and live experience of the legendary rock band, Queen.

"Queen Extravaganza is a show specially designed to allow new fans, along with past fans, to celebrate Queen's music at a breathtaking event, Taylor says. "It's very spectacular, it's very visual, there will be some shocks and some tremendous surprises. It will be a celebration of rock in the Royal tradition. "

The Band will perform on May 25 in Curitiba at the Teatro Guaira, May 28 in Porto Alegre at the Araújo Viana Auditorium, on May 30 in São Paulo at the Espaço das Américas and on May 31 and June 1 at Rio de Janeiro’s Municipal Theater.

In addition to Taylor and May, the show also has one more help, the long-time keyboardist Queen Spike Edney, who oversees the musical direction despite not being on tour with the band. The show was designed by Queen's creative team, Ric Lipson of Stufish and lighting designer Rob Sinclair.

The 90-minute show features more than 20 Queen classics inspired by the band's greatest hits, including “Bohemian Rhapsody," "Another One Bites the Dust," "Crazy Little Thing Called Love," "Under Pressure," "We Will Rock You "We Are the Champions," "Kind of Magic," "Radio Ga Ga," "Somebody to Love," and "Killer Queen" as well as other fan favorites.

Brian May says: “Fans of Queen !!! This may be your only chance to see ALL Queen's greatest hits performed immaculately - LIVE !! "

The band consists of musicians, hand-picked by Roger & Brian. "These guys are incredibly talented, with their perfect recreation of our songs," says Roger Taylor

Vocals: Alirio Netto (Brazil)
Alírio Netto joined the Queen Extravaganza in 2018. In the studio or on stage, his powerful voice impressed Roger and Brian when he performed as Galileo in the Brazilian production of the musical We Will Rock You in 2016. In his resume, Alírio boasts such awards as for his role as Judas in the musical Jesus Christ Superstar, as well as numerous accolades from the public and critics as a vocalist.

"Alírio is not only a superlative singer, but he is a great showman who presents our songs with tremendous talent," says Roger Taylor

Drummer: Tyler Warren (USA)
Tyler is the musical director during the tour, ensuring that the band is always in tune, simultaneously working as percussionist on tour with Queen + Adam Lambert.

Bassist: François-Olivier Doyon (Canada)
François has been with the Queen Extravaganza since the first auditions in 2011 when he topped hundreds of candidates to win a role in the band.

Guitarist: Brian Gresh (USA)
Brian was part of Queen Extravaganza's first lineup after impressing jurors and being chosen from hundreds of musicians as a guitarist. He returns to the band whenever his schedule allows.