Queen In Concert In Canada 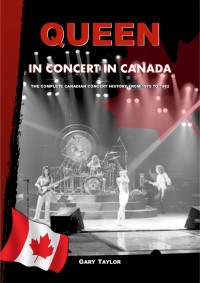 QUEEN IN CONCERT IN CANADA
new book by Gary Taylor

"I am very proud to reveal the book I have been working on for the last 6 months - 'Queen In Concert In Canada'.
This 150 page, soft-back, A4 size book is now available to purchase directly from myself, and chronicles Queen’s complete Canadian concert history from 1975 to 1982. This book concentrates solely on the concerts they played in Canada, and mostly as part of their North American tour itineraries, where they played 24 concerts in 4 provinces. Here is their complete live performance history, listing every concert and known set list, including the band's on-stage repartee, recollections from fans, press reviews, travel arrangements, radio interviews, promotional visits, parties, musical equipment used, and interspersed with quotes from band members and employees who were around at the time. Details of the band's stage costumes have also been gathered, as well as in depth information on their stage production and lighting rigs, and accompanied by many unseen and unpublished photos. In addition to this, there are details of what shows have been bootlegged over the years from audience members who were lucky enough to be present at a particular concert. The whole concept of this book is to describe how the band were live on stage at the time from a fans viewpoint, with their experiences at their chosen shows, with corresponding photos, tickets, adverts, and a selection of reviews from newspapers. Both the fans and press describe in detail of how the concerts were perceived at the time and not always favourably, especially by the press, and this is how the story is told, through their eyes and ears.
From 1970 to 1986, Queen spent much of their career on stage, playing live to thousands of fans all across the world. From England to Japan, Brazil to Germany and everywhere else in between, John Deacon, Brian May, Freddie Mercury and Roger Taylor, entertained people of all race and ages with their unique brand of rock music. Queen's music is as popular now as it has ever been. The band still perform live, are constantly played on the airwaves, still sell albums and be presented with gold and platinum awards, receive accolades from the music industry and fellow performers constantly and they continue to top 'best of' charts around the world. If you saw the band live in the flesh, or you have just seen them on your TV screen, or maybe you’ve recently watched Live Aid, then you know what an exciting and visually compelling band they were. Be it in a small theatre or huge stadium, Queen dominated the live domain and were by far the very best at what they did. Now join the journey as we follow Queen in concert in Canada."
GARY TAYLOR 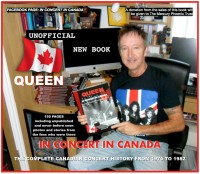 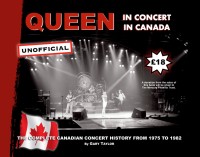 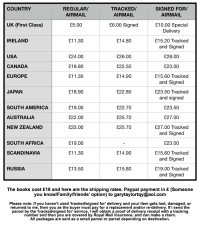